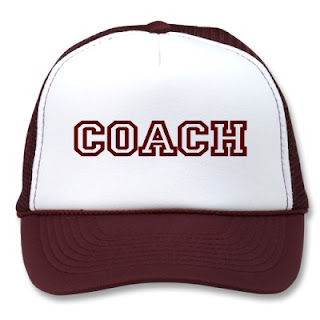 I know it's been said before but I'll just re-iterate it here because I see that many people still don't understand it. If ure at an event to battle there are a few very important things to keep in mind if u wanna get thru the qualifiers, both as showcase or as straight battles like World BBoy Classic.

The first, and most important, is to look like ure there to battle!!
Like really!!
Treat the judges or the audience as ur opponents and battle for ur life.
It's doesn't mean u need to be rowdy and all up in people's faces, but u need some fire.
I see so many people with their heads down and zero intensity. It's not gonna work. Ure not in the training hall. U need to show an almost desperate need to qualify.
Or u won't.

Secondly, we wanna see u know what ure doing. Even if ure at a basic level. Lie to us. Present ur movements with conviction. The simplest step done with the correct power can appear impressive. If u can't do a move, don't attempt it unless ure just using the opportunity for practice. Can't hit it 90% of the time? Leave it out!!

Thirdly, I'm watching u from before u even hit the floor. Ur body language tells me what time it is. Be in gear. Don't stand there gawping. Look like ur gonna punish someone, like u can't wait for them to finish so u can show them who the boss is. And even after uve finished, r u gonna shuffle back to the line or return like u killed everyone on the room? I know what I wanna see.
Ur time starts the moment u step up to the line and doesn't end til the judges call a result. Seriously, people give so much information away in their body language. Were they happy with their run, did they do enough, did they mess up, r they confident, do they feel defeated etc.

Finally, I need to talk about form. For me it's very important. It really makes a big difference especially in a close call. I can tell straight away if someone understands their basics. If they have the condition to perform the things they r trying. Flares that scrape the floor; moves that are not under control and take u into the crowd; bad footwork shapes; no clarity in movements; rushed throwdowns with no finesse; no snap. There are so many giveaways.
So even if u did a good run, the final decision may be based on how cleanly it was presented and how clear it was visually.
And if I'm judging, it's MY decision. Not ur fans and friends. They r not looking for what I'm looking for.
Here endeth the lesson.

Nice advice. Hasn't fallen on deaf ears, and I will Definately keep those tips in mind for the future.

Lol :D your blog speaks a lot of sense and always makes a good read. Have you ever thought of writing a book, or like a biography of your experiences?

Would be pretty kool.